In response to The Daily Post’s writing prompt: “Must Not Fail.”

Reading the prompt asking me what’s one thing I don’t want to fail with literally pulled a blank. No one wants to fail with anything and I’m no exceptional to the rule. The obvious answer from me would be that I don’t want to fail myself. But I have in the past and I will in the future, I’m pretty sure that’s part of being human, alive even because animals fail themselves too.

If you don’t make mistakes, fail, then how do you ever learn or move forward? Failure is such a heavily negative word and yes some fails are catastrophic. Some on the other hand aren’t all that crushing. I feel like ‘society’ tells us failure is never ever an option. Fail at just one thing and you may as well give up on everything. Well sorry society, I’ve failed at more things than I can count or remember and I will continue to do so, I’m human and I’m programmed with errors. That doesn’t mean I give up. Sure, fail at the same thing numerous times it’s obviously not working or the right thing for you, but you don’t give up entirely; find something else that you succeed in.

There are times where I have seriously failed myself and given up but thankfully for some reason I still don’t know I’ve slogged on forward to make other failures later on. That’s just life. How you deal with the situation and yourself upon failing is how you ultimately succeed.

Don’t let failure be the biggest fear in your life, because unfortunately it is going to happen. Learn from it and show the world someone who fails can be the most amazing person all in the same package.

You must not forget to fail, to fall, to make mistakes, because if you don’t make errors are you actually living and learning? Don’t punish yourself for not succeeding the first time round. Go ahead and fail. You’re human after all.

One thought on “Must Not (Forget To) Fail” 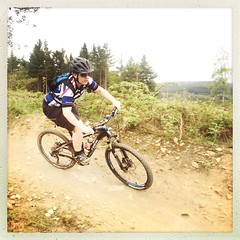